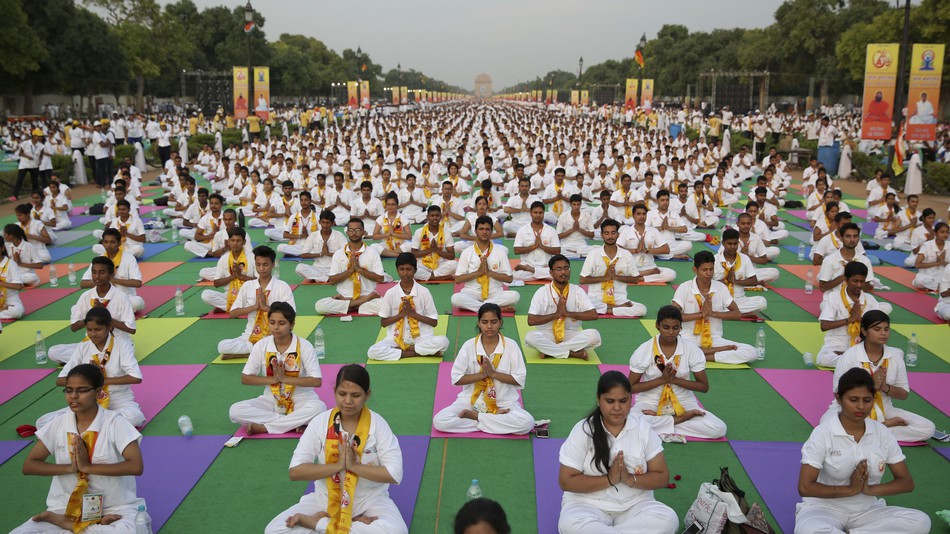 The Church’s Doctrinal Commission released a report on ‘Yoga and Catholic beliefs’. The practice is mandatory in schools. Hindu nationalists "try to exploit yoga to achieve their political and sectarian goals." The Church warns against equating “physical experiences stemming from yoga with the workings of the Holy Spirit.”

Mananthavady (AsiaNews/Agencies) – The practice of yoga is incompatible with Christian doctrine, this according to a report issued by the Syro-Malabar Church, one of the three rites of the Catholic Bishops' Conference of India (CBCI).

Published in the latest bulletin of the eparchy of Mananthavady, the paper by the Syro-Malabar Doctrinal Commission is titled ‘Yoga and Catholic beliefs’ (Yogayum Katholika Vishvasavum).

It notes that yoga and Christianity cannot go together and that Hindu nationalist groups (Sangh Parivar) "try to exploit yoga to achieve their political and sectarian goals." It calls for a “re-reading of yoga” since the “government has moved towards making yoga compulsory in schools and present it as an inseparable part of Indian culture.”  This is not the first time that Syro-Malabar Bishops have spoken out on this matter. Last year they stated that "yoga is not a means to reach contact with the divine, although it may contribute to physical and mental health."

Yoga is a set of physical, mental, and spiritual practices that originated in India and spread around the world. It combines physical and breathing exercises. In Hinduism, it is also a spiritual journey to experience contact with the divine.

In Indian schools, yoga is compulsory and every year, on International Day Yoga (21 June), schools focus on activities and events dedicated to yoga.

Indian activists and intellectuals have long said that the obligation to observe the event, forcing students to sing sacred Hindu sonnets and mantras, limits the freedom of religion of minorities and represents a lack of "sensitivity" towards Christian and Muslim students.

“In yoga there is no place for God, the creator and sustainer even when considering the spiritual experiences of human beings,” the Commission chaired by Mgr Joseph Kallarangatt noted.  “Although yoga may have originated and grown out of India’s secular traditions, it later spread under the influence of the Hindu religion under Brahmanical dominance.”

For this reason, the Commission warns “of the danger of physical gestures and exercises becoming idolatrous in themselves.“ Too easily, one can equate “physical experiences stemming from yoga with the workings of the Holy Spirit.”